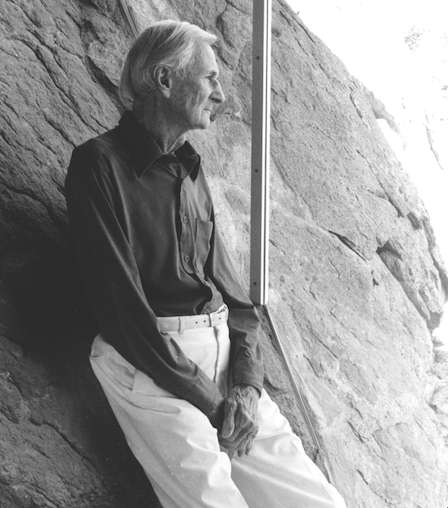 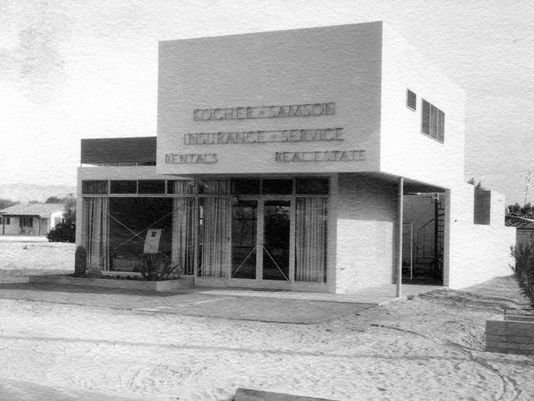 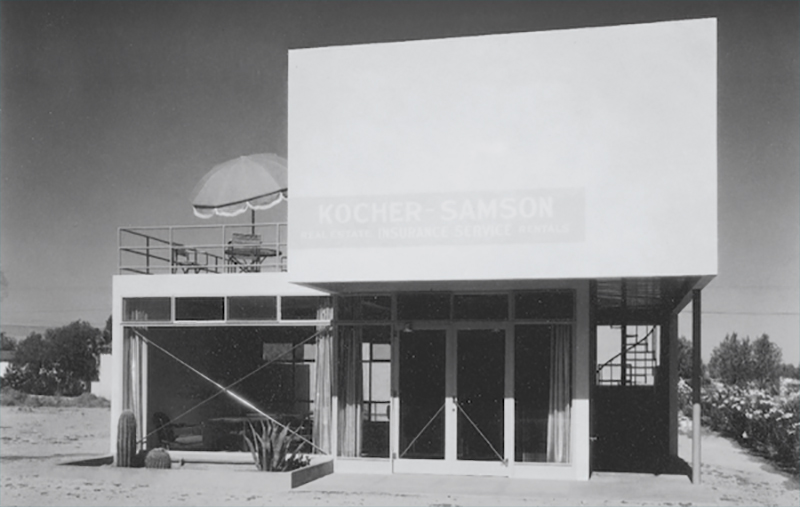 Albert Frey, architect, was born in Zurich, Switzerland in 1903 and received his architecture diploma from the Institute of Technology in 1924. He was greatly influenced by the Dutch De Stijl Movement, the German Bauhaus Movement, and the Modernism Movement in Brussels. In 1928 he became one of only two full-time employees at the Paris atelier of Le Corbusier. Le Villa Savoye was one of the high profile projects that he collaborated on. Though he maintained a friendship with Le Corbusier for many years, Frey left the atelier in 1928 to take up work in the United States, where he was the first architect in America to have worked with Le Corbusier.

In America, Frey partnered with New York architect A. Lawrence Kocher. Though they designed and built only 4 buildings together, they created an American Modernist Movement. One collaboration was the 1931 Aluminaire House, designed for the Grand Central Palace Exhibition, and shown again at the Architectural League of New York’s show, sponsored by the Museum of Modern Art (MOMA). The 3 story house was built in 10 days out of donated materials and was the first all-metal house in the U.S.. The show became the basis for the book “The International Style”, by Philip Johnson and Henry Russell Hitchcock and was the manifesto for the International Style of architecture. In 2017 it was shipped in pieces to Palm Springs, where it will be reassembled in the new plaza space in front of the Palm Springs Art Museum.

Another of their significant commissions, their first in Palm Springs, is known as Frey’s Kocher-Samson Building, an office/apartment dual-use building for Kocher’s brother, Dr. J. J. Kocher of Palm Springs, and built in 1934. This was the history-making project that both introduced Frey to the California desert, which was to become his home and backdrop for most of his subsequent work, as well as introduced Palm Springs to the Desert Modernist Style which defines it to this day. This may make the Kocher-Samson Building the most important building in Palm Springs and probably the most written about and studied.

Frey travelled back to NY briefly in 1937 to work on the Museum of Modern Art, and returned to Palm Springs upon it’s completion in 1939. Frey fell in love with the desert. In one of his many letters to Le Corbusier he wrote:

“It is a most interesting experience to live in a wild, savage, natural setting,” Frey wrote, “but without losing contact with civilization due to the intellectual milieu of Palm Springs and the presence of visitors from all parts of the world. Moreover, the sun, the pure air, and the simple forms of the desert create perfect conditions for architecture.”

A master of understatement , “pure” and “simple” are perfect descriptions of his minimalistic style that was so ahead of its time. His love of the desert is reflected in his choices of rugged materials that can survive the harsh and extreme conditions and in his choices of sublime colors, the coppers, rusts, oranges, yellows and sage greens.

After WWII the population of Palm Springs tripled and the city experienced a building boom and a reputation as an escape and playground for the Hollywood elite and a winter haven for east coast industrialists. Frey’s firm was well positioned to capitalize on this unprecedented period of construction and contributed significantly to establishing Palm Springs as a progressive desert mecca for innovative modern architecture during the 1950s, 1960s and 1970s.

He produced designs for the spectrum of architectural commissions, from bespoke custom homes to institutional and public buildings, most of which are still in use today. According to Frey, he preferred houses as a form of expression. In comparison with his contemporary and fellow European transplant, Richard Neutra, Frey’s designs are more integrated into the surrounding landscape and draw from the local surroundings for color and metaphor. In contrast to Neutra, Frey’s designs are more commercial and less philosophically dogmatic, and hence more accessible. By embracing the American idiom while incorporating the modernist philosophy influenced by Le Corbusier, Frey produced a new regional vernacular.

Besides the first, the Kocher-Samson building, other significant buildings by Frey during this period include the following:

In 1996, he was awarded the Neutra Award for Professional Excellence.

Frey died in 1998 in Palm Springs, California, aged 95, and was buried at Welwood Murray Cemetery.

A Golden Palm Star on the Palm Springs Walk of Stars was dedicated to Frey in 2010. 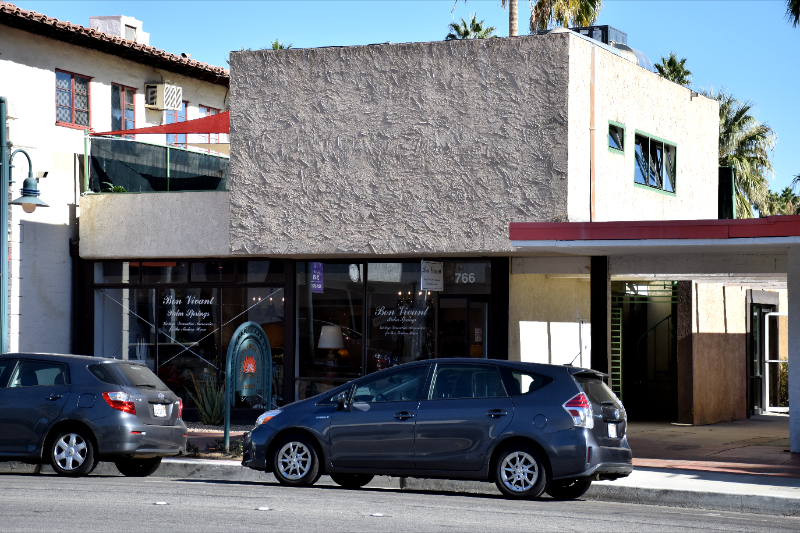 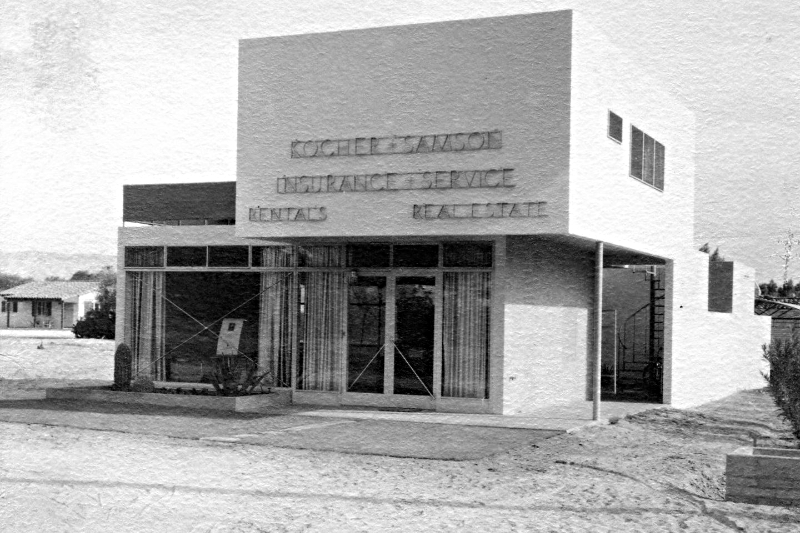 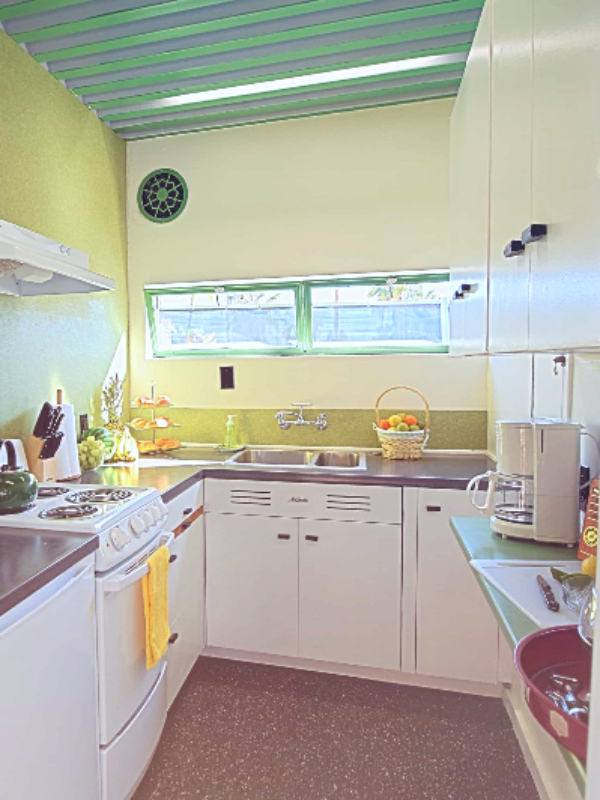 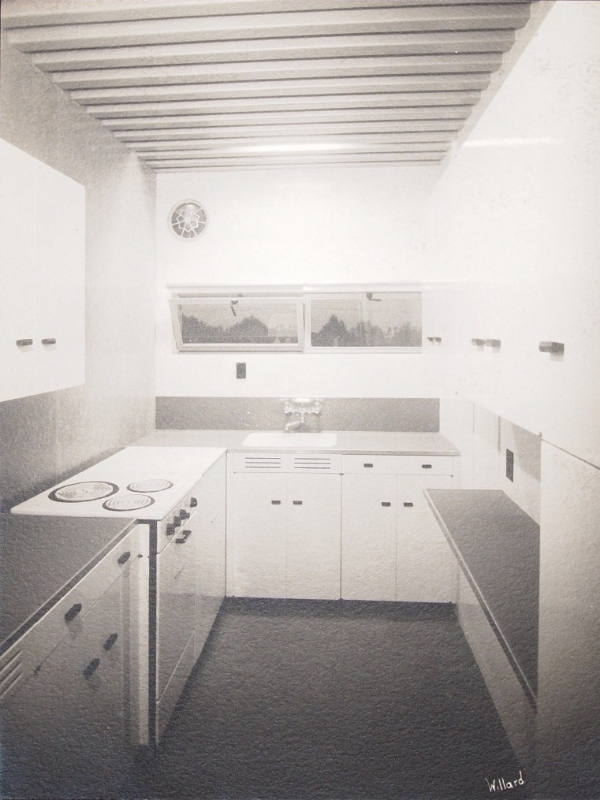 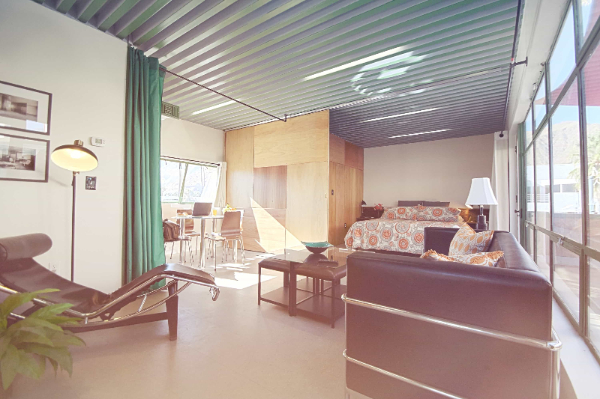 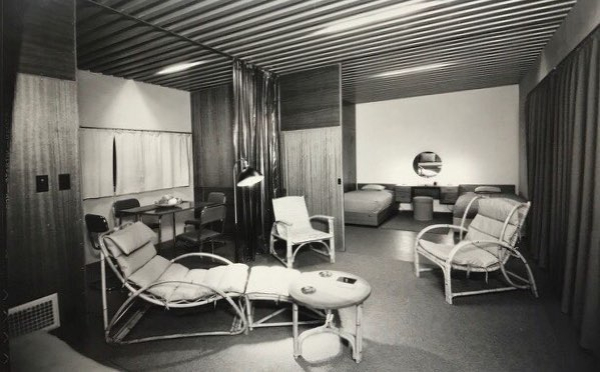 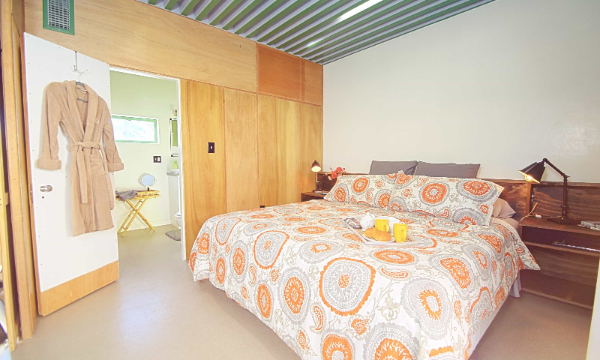 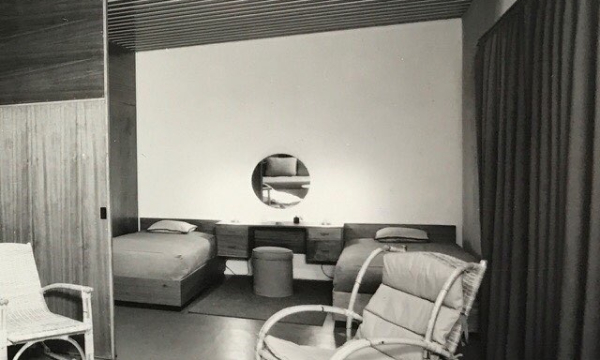